I'm very happy to say that this project was successful! Click for more info...

My name is Joe Tannorella

I'm a 20-something from Cardiff.

I have long been inspired by the amazing work you do in both business, and charity, and I love your commitment to family and conservation.

I saw the amazing news that you're going to be a grandfather for both of your children!

This is my brother, Chris, and his fiancé, Jenny

On September 19th he’s getting married to his beautiful fiancé, Jenny, and I’m honoured that he's chosen me to be his best man.

As honoured as I am to be his best man, it does means that I must do the inevitable...

Sir Richard, guess what? It's no secret that you are...

If you could be a cartoon character who would you be?

If you could be an animal what would you be?

Who is your hero?

Some questions were more important than others!

I want to deliver an unforgettable speech.

When you're first thinking through an idea, it's important not to get bogged down in complexity. Thinking simply and clearly, is hard to do.

And I'd love you to be part of it!

If somebody offers you an amazing opportunity but you are not sure you can do it, say yes – then learn how to do it later!

Would you mind recording a very short clip wishing Chris and Jenny all the best in their marriage, and on their big day, which I could then play during the speech?

You're a hero to Chris and I, and anything you did would truly make the big day that much more special and unforgettable.

I wholeheartedly understand and respect that you're a very busy man, so it's no problem if you can't do this.

Congratulations once again on the wonderful news that you're going to be a grandfather, and all the best for the future.

If you happen to be in the area, you are of course more than welcome to come along to the wedding and say hello :-)

I can be contacted at any time, day or night, for any questions or further information.

Do you know Sir Richard Branson? Or can you think of a way I can achieve my goal of bringing this website to his attention without the world finding out?

If you think you can help in any way at all, I'd love you to get in touch :-)

This box will be ticked if Sir Richard has been in touch.

I'm very happy to say that this project has been a success, and Sir Richard Branson did get in touch!

I'd all but lost hope and conceed defeat. Not because I'd given up, and not for any lack in effort or persistence, but because time had literally run out; I kept trying to make this work all the way up to the day of the wedding.

The final trick I had up my sleeve was to spend £25 on Twitter Ads. I'd not used Twitter Ads previously, so doing this meant that I learned a new paid advertising platform and gave myself one final shot at getting in touch with Sir Richard - two birds with one stone! At least if Sir Richard didn't get in touch, I'd still have something else of value to take away from this whole process

As a quick aside, I was very impressed with Twitter's platform. My ad went live pretty much immediately, and traffic soon came flooding in, reaching a peak of 36 concurrent visitors. Over the coming days I'm going to write an in-depth blog post on this whole project and my experience with Twitter Ads. Follow me on Twitter and I'll let you know when it goes live.

So the morning of the wedding rolls around, and despite there being a tiny slice of me that still thought this could work, I'd forgotten about DearSirRichard.com to enjoy the day and get on with my Best Man duties.

After the ceremony, and on the way to the venue, I turned my phone on to see a barrage of emails from Twitter. Sir Richard Branson had actually Tweeted me personally! I couldn't believe it had actually happened, and had to re-read the Tweet a couple of times confirm...

Here are the Tweets from Sir Richard:

@JoeTannorella dear Chris & Jenny - congratulations! May you have a wonderful day & a life filled with happiness. Love Richard & all @virgin

@JoeTannorella oh, and if Joe’s speech isn’t going well, give him a break – he’s gone to a lot of effort! :)

To top it all off, @Virgin asked me to email them directly:

@JoeTannorella Hey Joe! Please can you drop us a quick email on [email protected]

Not sure what's going to come of this, but it's pretty exciting stuff!

Overall I'm super happy that this project has worked out so well. It was a pretty cool topic of conversation at the wedding, and it's something to add to me "digital trophy cabinet" so to speak.

I'd like to personally thank Sir Richard Branson once more for taking the time to send me those Tweets.

I'd also like to offer an apology to Sir Richard's PA, Helen Clarke, for bombarding (or at least attempting to) her with messages and emails both from myself, and from third parties. Helen - I'm not sure how many of those messages got through, but if even 50% of them did, then... I'm sorry for bugging you so much! 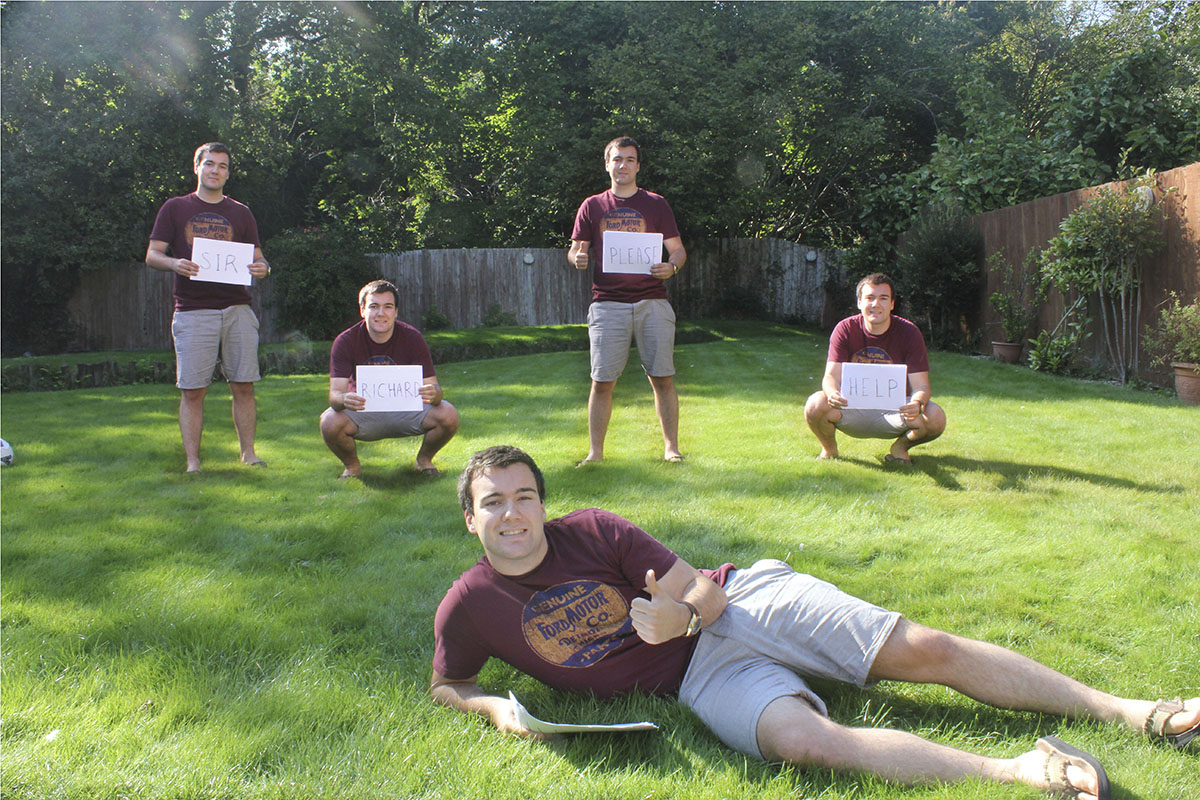